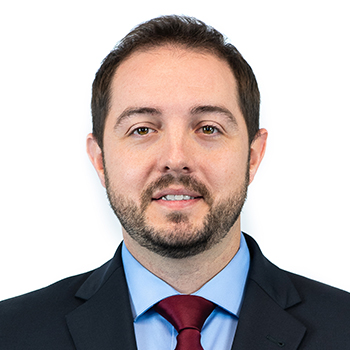 Sean is the Vice President - Loan Officer at the Mabank branch.  He has been with First State Bank since August 2011 when he started as a part-time teller at the downtown Athens branch with additional job responsibilities including full-time teller, teller supervisor and credit analyst.

Medina is a graduate of Canton High School, Trinity Valley Community College and received his bachelor's degree with honors from the University of Texas at Tyler in 2012.  Sean also graduated from the American Bankers Association Commercial Lending School in May of 2015.

Sean is an active member of the Rotary Club of Cedar Creek Lake and also is a 2015 graduate of the Athens Leadership Institute and enjoys bow hunting, camping, and golfing in his free time. He and his wife reside in Athens, TX.