In 2015, First State Bank celebrated its 80th anniversary of serving the residents of Henderson County and East Texas.  The history of the bank dates back to April 4, 1935, when Farmers and Merchants State Bank was granted a state charter.  The bank opened for business in Athens, Texas, on May 1, 1935.  Download a copy of the 1935 bank minutes.

Thomas Faulk, Sr., was the principal organizer of the bank and served as president until his death in 1946. The bank was originally located on the northwest corner of the town square, and was moved to the southeast corner of the square when purchased and remodeled in 1962 by Hubert Aaron. The Deen Hotel originally resided on the same corner and some of the old hotel windows that were bricked-over during the remodeling can be seen today.

In December of 1967, Jeff Austin, Sr., and Charlie Hooser purchased the bank and began the turnaround process that has resulted in one of the most profitable and financially sound financial institution in Texas. 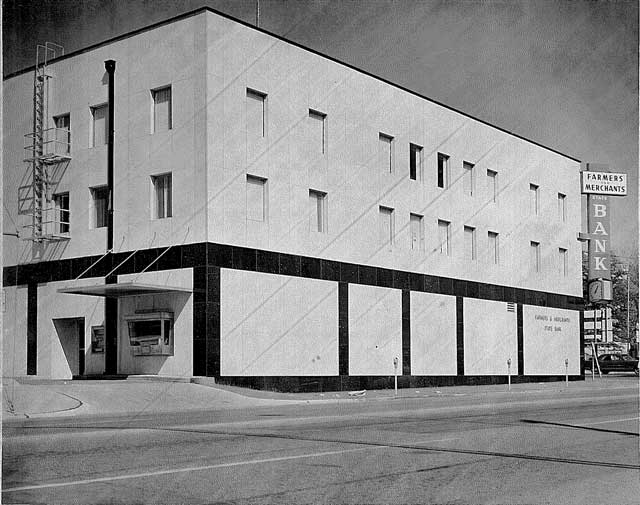 The Bank of Mabank was acquired in December 1987. The acquisition increased total assets of the bank to $120 million. In 2002 a new bank building was completed in Mabank, located at the corner of State Highway 198 and U.S. Highway Business 175. The building was designed to resemble an old-fashioned train station, as the building is located at the site of the old Mabank Depot.

The Malakoff branch was opened in November of 1989. The new bank building was completed in July 2009, located at 102 W. Royall Blvd. (Hwy 31). In August 1994, the assets of the Bank of Athens were acquired. This purchase increased the total assets of the bank by $25 million, to $194 million. The location became known as the "Tyler St. Branch."

In February 1997, branches of Bank of America in Athens, Mabank, and Malakoff were purchased. Total assets increased by $42 million, to $245 million. The Mabank building was sold to local attorneys when the new building was completed.

In June 2005, a branch was opened in Gun Barrel City in a leased facility. A permanent home for our Gun Barrel operation was opened in September 2006. The new branch bank, located on Main Street (Hwy 334), is an attractive facility that was welcomed by community residents and city leaders.  The Gun Barrel City branch continues to grow.

The Corsicana branch was opened on May 23, 2015 in a leased facility located at 811 N. Main Street.  The permanent home of the Corsicana operation was opened in October of 2018 and is located at 1600 W.2nd. Avenue.

In April 2022, announced that a new branch location will be built in Forney. The branch will open in Q1 of 2023 on the corner of FM 548 and FM 1641. Representatives are available at a leased Customer Service facility located at 114 W. Pacific Street.

Today, First State Bank of Athens has assets that total more than $680 million.  Bank employees take great pride in being involved members of the communities where they live and work.

The first meeting between Jeff Austin, Sr. and Charles Hooser – the men behind one of the most successful banking partnerships in East Texas – took place on a farm in Frost, Texas. Mr. Austin came from a banking family and had begun to buy small banks with partners who would then stay and run them. Charlie Hooser knew the bank in Italy, Texas was for sale, and Bill Holman put the two of them together. The two men agreed to meet at the farmhouse of Charlie Hooser’s in-laws, the parents of Mrs. Nedra Hooser. By all accounts, it took little time for them to come to an agreement.

“Mr. Austin and Dad were both pretty quick to recognize a good deal and act on it,” said Nikki Hooser.

“They could make up their minds about something important in 30 seconds and give you an answer,” said Mr. Hooser’s brother-in-law, Weldon Holley. “Everything they ever touched seemed to work.” “They hit it off from the beginning,” recalled Nedra Hooser. “At first they were just business associates, but it became a friendship. Jeff and (his wife) Opal were easy to be with.” The bank in Italy proved to be successful, so in 1967 the two men set their sights on another institution. This time it was the Farmers and Merchants State Bank in Athens, Texas. 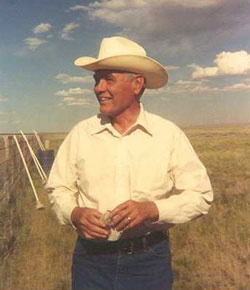 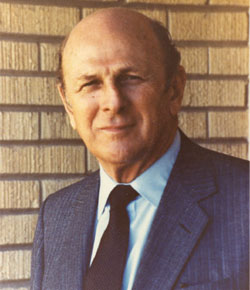 “Daddy saw there was growth potential here,” said Jane Austin Chapman, daughter of Jeff Austin, Sr. “He felt as though they had the support of the directors and community leaders” Retired loan officer Betty McClure, who worked at the bank from 1961 to 2000, recalled the morning in 1967 when the employees of the Farmers and Merchants were asked to gather in the bank’s coffee shop. “We were all looking at one another and mostly holding our breath,” McClure said. “Then, in steps two men whom I didn’t know. One began to speak”. “He said, ‘Good morning. I’m Jeff Austin, and this is Charlie Hooser, and we just bought this bank.” The announcement at first filled McClure with dread. “Little did I know,” she said, “that this was the best thing that could have happened – to me and the bank.” Farmers and Merchants became First State Bank, and the Hooser family moved to Athens, with Charlie Hooser immediately becoming bank president. “Within a mere days,” recalled McClure, “we were all settled down due to the calm and confident manner with which Charlie handled the customers, as well as employees.” 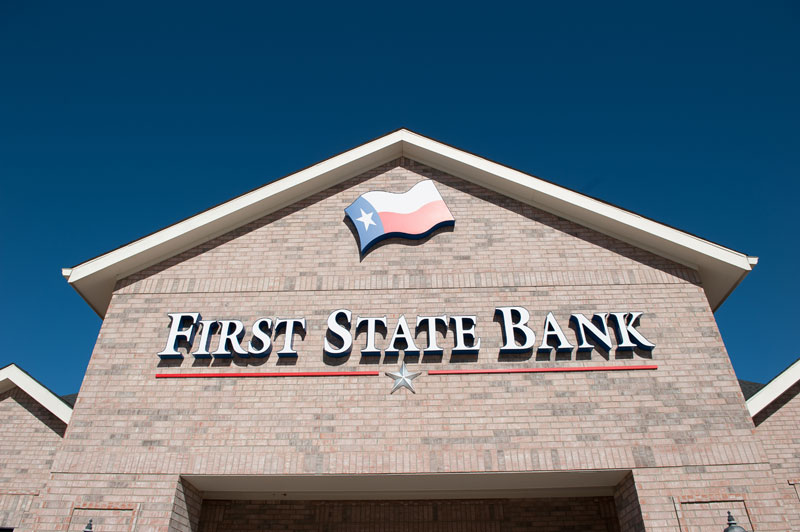