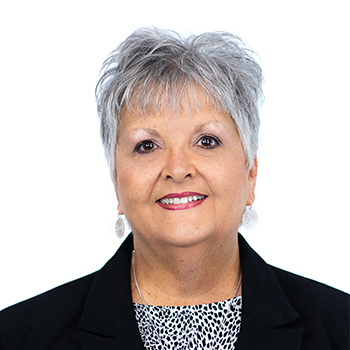 Born and raised in Henderson County, Kim joined First State Bank in 2000 and served five years as a loan secretary before being promoted to loan operations officer and, in 2007, to the Marketing Department.

Marketing is a perfect fit for Kim, who spends almost as many hours volunteering as she does in the office. A three-time Athens Chamber of Commerce Ambassador of the Year, Kim continues to serve as a chamber ambassador, in addition to serving on the Henderson County Child Welfare Board.

Kim enjoys being a host mom for TVCC Athletics, do-it-yourself projects and traveling.  She has two grown children and five grandchildren.